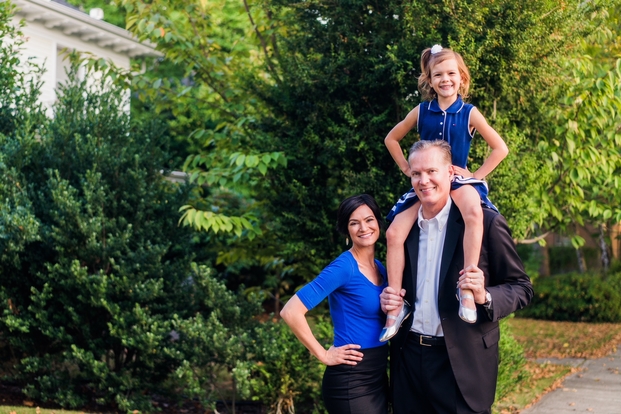 Attorney and author Mark Lindquist joined Herrmann Law Group, a personal injury law firm, in January of 2019. His first case in private practice was a lawsuit with Charles Herrmann against Boeing for the crash of Lion Air JT 610 in Indonesia on October 29, 2018.

Mark has spent much of 2019 in Indonesia, learning the culture and getting to know clients. You can read more about it in the News section of this website, on his author blog, or in a Tacoma Weekly front page story. You can also see an interview on 60 Minutes Australia.

He also represents victim families in cases of serious injury and wrongful death , including cases against the city of Seattle and officer-involved shootings in Clark County, WA.

Before joining Herrmann Law, Mark was an elected District Attorney in Pierce County for almost a decade.

As a personal injury attorney, Mark continues his commitment to justice, accountability, and helping people. Please contact him at Herrmann Law if he can legally assist you, your family, or friends.

Mark Lindquist was a career prosecutor who served for more than 22 years. He focused on keeping our community safe.

“Lindquist’s accomplishments as county prosecutor are still felt to this day,” as the Tacoma Weekly said.  He instituted innovative crime-fighting programs, significantly reduced crime, and “on top of this, be brought bipartisanship, civility, and integrity to the job.”

After serving as Chief Criminal Deputy, Mark was appointed Pierce County Prosecutor by a unanimous bipartisan vote of the County Council in 2009. He was elected to a four-year term in 2010. He was re-elected in 2014 with 96% of the vote against a write-in candidate.

In the almost ten years Mark served as our elected Prosecutor, felony crime in Pierce county went down 18%. Misdemeanor crime went down 29%.

Using FBI numbers on serious offenses, 2017 crime was up by 7% in Seattle, up by 5% in Washington, but down by 4% in Pierce County.

Because of his proven record of keeping us safe, Mark had enthusiastic, bipartisan support throughout the county.

He believes in high standards, principled stands, civility and integrity. Under his leadership, the office won several awards, including the 2017 “Outstanding Community Service” for the office and “Boss of the Year” award for Mark from the National Association of Legal Professionals, and the “Special Pro Bono Leadership Award” from the Tacoma-Pierce County Bar Association.

As our Prosecutor, Mark filed a federal lawsuit against Big Pharma to hold them accountable for their role in the opioid epidemic.

Crime went down in Pierce County. This was due, in large part, to Mark’s successful public safety initiatives such as the High Priority Offender Unit (HPO), which focuses resources on the small percentage of criminals who commit a large percentage of the crimes. HPO is an objective, data-driven, crime-fighting tool that reduces bias and reduces crime.

Mark also formed a Gang Unit, an Identity Theft Team, and an Elder Abuse Unit. Pierce County was a leader in the state for vigorous prosecution and prevention of elder abuse. Pierce was one of only nine counties in the entire country to win an award of nearly $400,000 from the United States Department of Justice for a comprehensive approach to reducing elder abuse.

Mark unified the felony and misdemeanor domestic violence units and housed the teams with other partners to better protect victims of domestic violence. This model was a first in the state.

His office was also a leader in the state for the prosecution of “cold cases.” Using advances in DNA technology, his office partnered with Tacoma Police and the FBI to work unsolved homicide and rape cases. The team had several successes, including a murder charge in a 32-year-old case where a 13-year-old girl, Jennifer Bastian, disappeared on a bike ride at Point Defiance Park.

At the state legislature, Mark successfully advocated for laws to increase penalties for drunk drivers who kill, stop the duplication and dissemination of child pornography, and close a loophole that allowed violent, mentally ill offenders to walk free.

Early in his career, Mark was the Team Chief of the Drug Unit. He focused on eliminating methamphetamine labs. Vigorous prosecution and effective partnerships reduced meth labs by more than 90% in Pierce County.

Finally, Mark has long been vigilant in stopping the state from dumping dangerous offenders, particularly sex offenders, from other counties into Pierce County. He fights for us.

Our community is safer because Mark Lindquist was our Prosecutor.

Committed to a Safe and Strong Community

In his initial years as a deputy prosecutor, Mark worked in Buckley, Eatonville, and Gig Harbor, as well as Tacoma. As the people’s lawyer, he visited community groups throughout the county.

He is active in our community:

Mark is also a nationally-acclaimed author. His books have been bestsellers, including the locally-set novel, “The King of Methlehem.” You can read more about his writing at his author website, particularly his author blog.

A fourth-generation Washingtonian on both the Evans and Lindquist sides of his family, Mark is part of a long and honorable tradition of public service. He and his wife Chelsea, a Tacoma native, live in Tacoma near Stadium High School where Mark’s grandmother, Katherine Reese, graduated in 1926.

Their daughter Sloane will turn nine in the summer of 2019. Sloane, like her parents, enjoys reading, hiking, and sports.