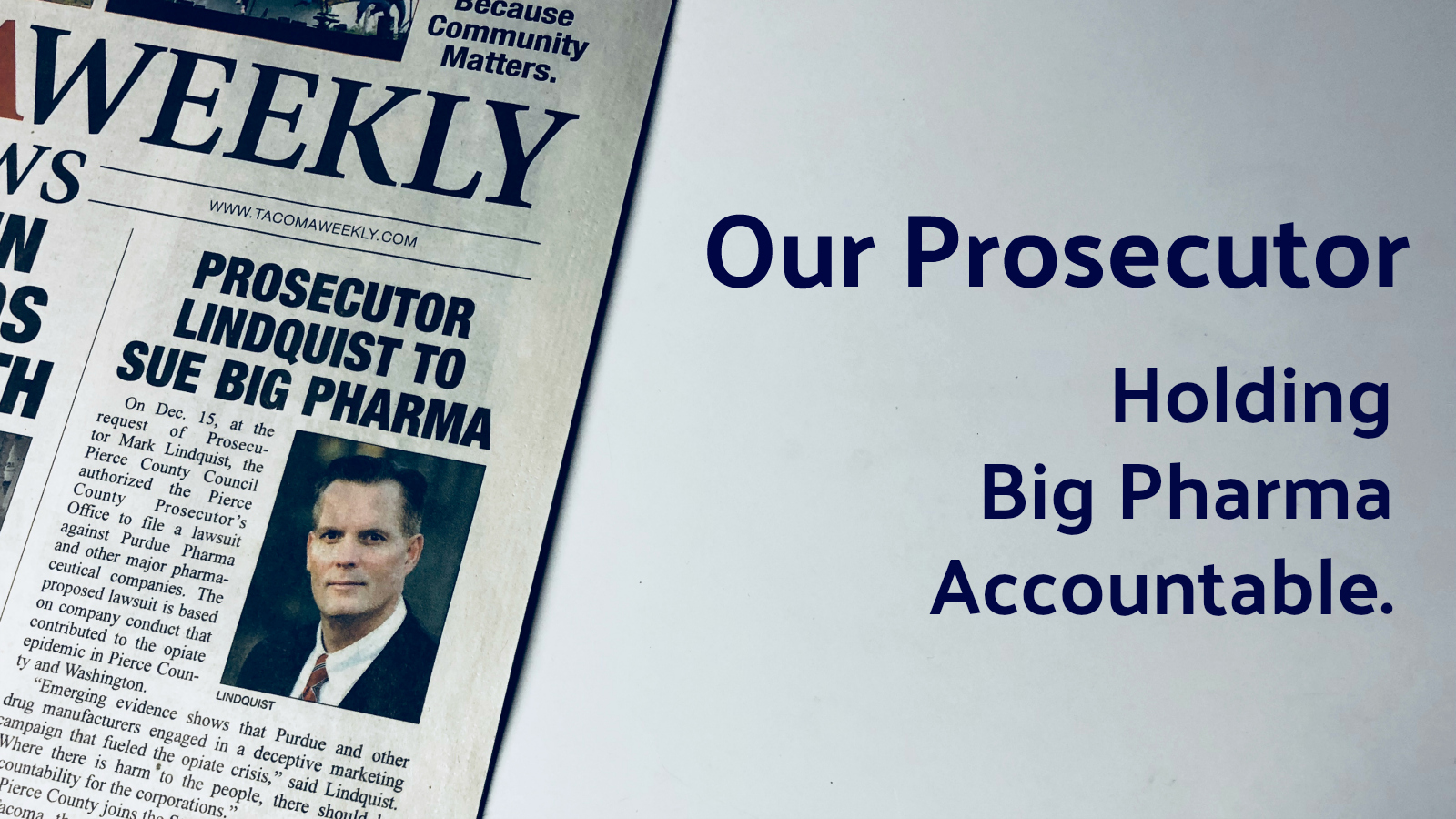 “Where there is harm to the community, there should be accountability for the corporations,” said Lindquist. “I’m a career prosecutor and this is the first time I’ve asked the County Council to file a lawsuit. I’m confident we have a strong case.”

Prescription opioids are a class of powerful pain relievers, including OxyContin. The chemical make-up of these prescription drugs is nearly identical to heroin.

Revenues for the pharmaceutical companies that manufacture these drugs have skyrocketed. Purdue has generated estimated sales of more than $35 billion from opioids since 1996.

The lawsuit contends the opioid crisis was created by the aggressive marketing practices of pharmaceutical companies that provided false and misleading information to doctors and patients. The companies claimed opioids were not addictive and were a safe way to treat long-term and chronic pain.

Opioid overdoses are the leading cause of death in the United States, surpassing fatal car accidents. In Pierce County, opioid use has reached crisis levels. From 2012 to 2016, the number of opioid-related deaths in Pierce County rose to 423. More than half of the local homeless population is reported to be addicted to opioids. Crime is also driven by opioid addiction.

County Council Chair Doug Richardson said, “The opioids crisis has impacted nearly every department in our county. Whether it’s the Sheriff’s Office, emergency management, public health, or the court system, Pierce County has shouldered a heavy burden in dealing with this crisis.”